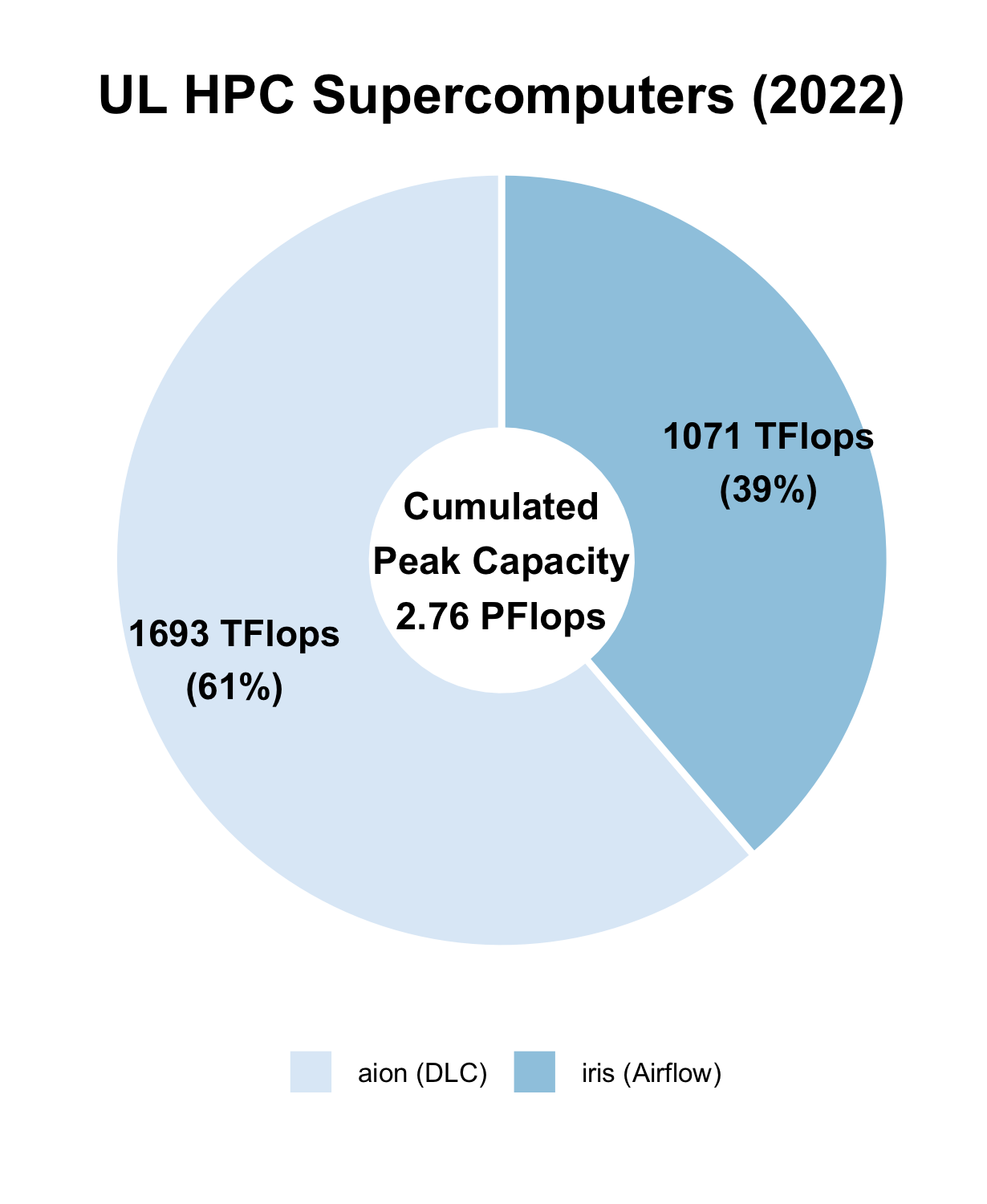 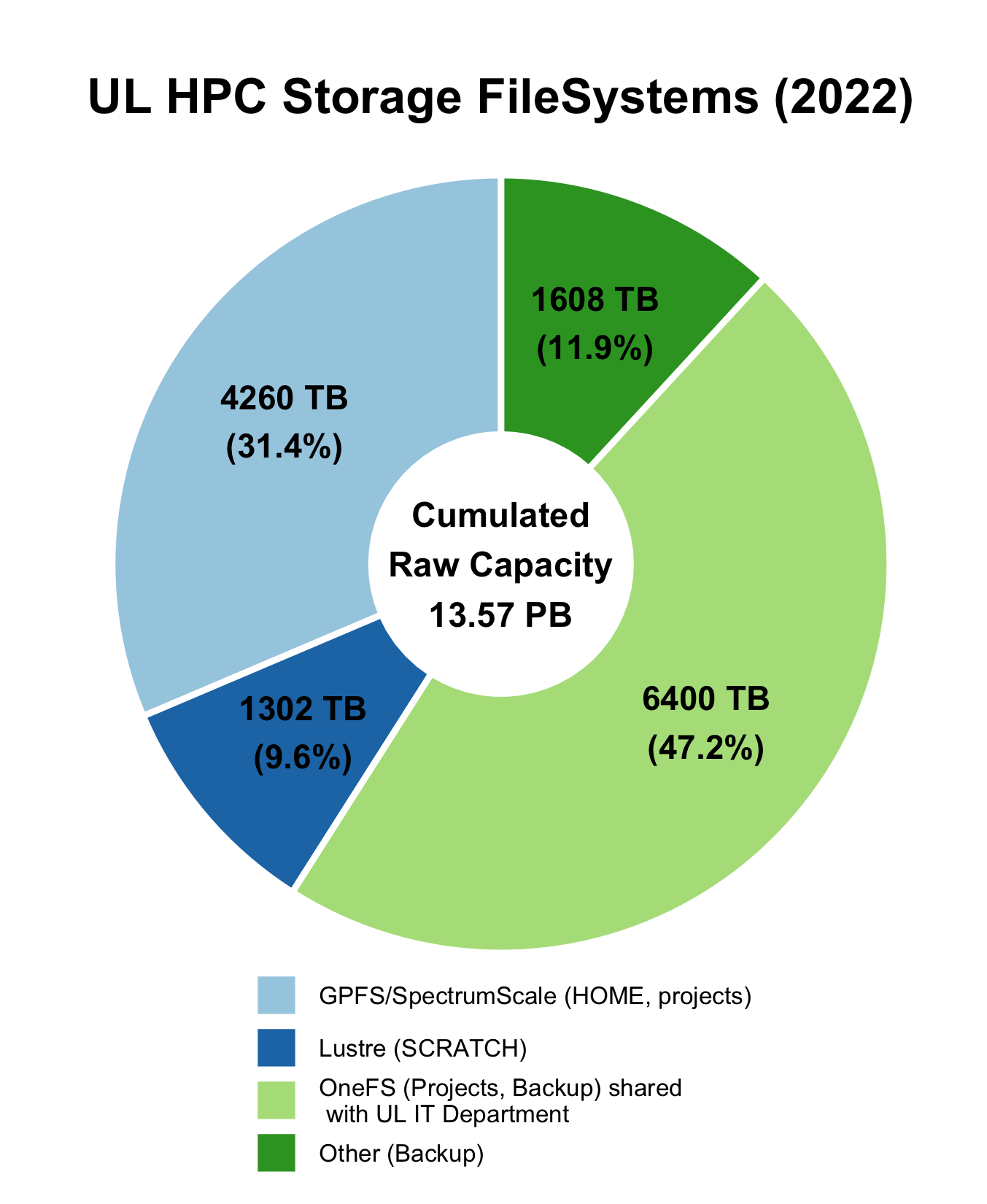 With the advent of the technological revolution and the digital transformation that made all scientific disciplines becoming computational nowadays, High-Performance Computing (HPC) is increasingly identified as a strategic asset and enabler to accelerate the research performed in all areas requiring intensive computing and large-scale Big Data analytic capabilities.

The University of Luxembourg (UL) operates since 2007 a large academic HPC facility that remained the reference HPC implementation within the country until 2021, offering a cutting-edge research infrastructure to Luxembourg public research while serving as edge access to the Euro-HPC Luxembourg supercomputer operated by LuxProvide and more focused at serving the private sector. Special focus was laid for the ULHPC facility on the development of large computing power combined with huge data storage capacity to accelerate the research performed in intensive computing and large-scale data analytic (Big Data). This was made possible through an ambitious funding strategy enabled from the early stage of the HPC developments, which was supported at the rectorate level to establish the HPC strategy as transversal to all research domains.

The historically first production system installed in 2007 has been Chaos with a final theoretical peak performance of 14.5 TFlop/s. Gaia was then launched in 2011 as a replacement to reach a theoretical peak performance of 145.5 TFlops. It was the first computing cluster introducing GPU accelerators to our users. Both systems were kept running until their decommissioning in 2019.

Currently, Iris (R_\text{peak}=1071 TFlops) and Aion (R_\text{peak}=1693 TFlops) are our production systems sharing the same High Performance Storage solutions, when Aion is our flagship supercomputer until 2024.

The below figures illustrates the evolution of the computing and storage capacity of the ULHPC facility over the last years.

We maintain (or used to maintain) several experimental systems in parallel (nyx, a testing cluster, pyro, on OpenStack-based cluster, viridis, a low-power ARM-based cluster). As of now, only our experimental Grid'5000 clusters are still maintained.

The below figure outline the cumulative usage (in CPU Years) of the production clusters within the ULHPC facility for the time period 2015-2019.

Our clusters and supercomputers are named from Greek primordial deities or Greek mythology while keeping a name as short as possible.