One of the most significant differentiators between HPC systems and lesser performing systems is, apart from the interconnect technology deployed, the supporting topology. There are several topologies commonly used in large-scale HPC deployments (Fat-Tree, 3D-Torus, Dragonfly+ etc.). 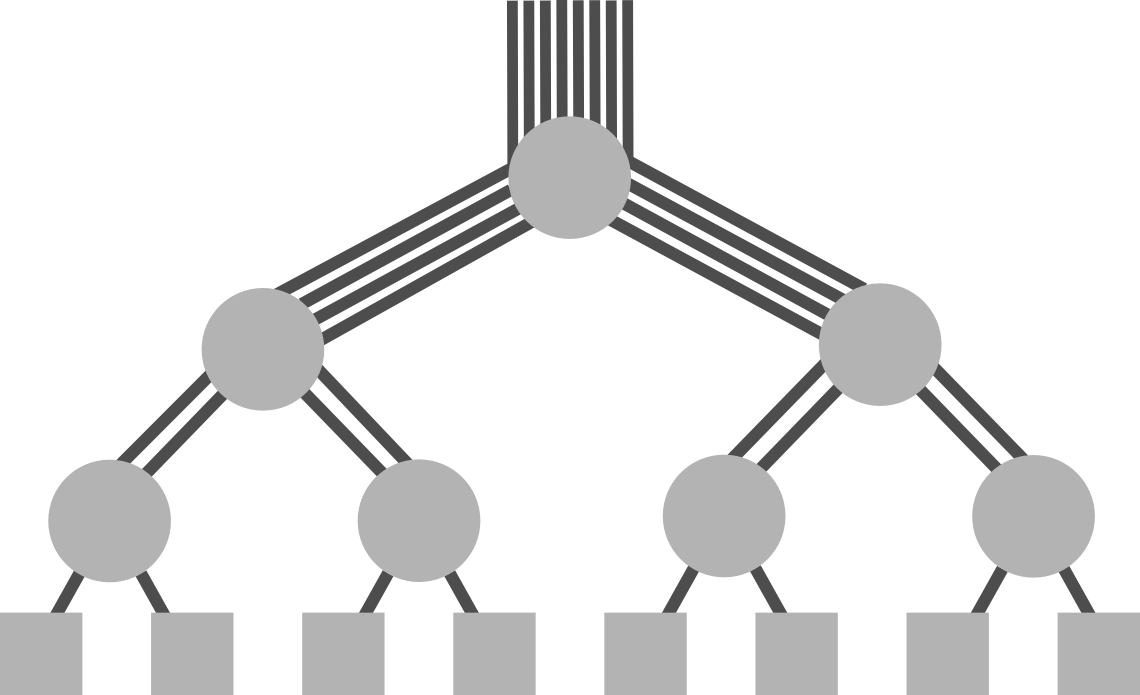 Aion (like Iris) is part of an Island which employs a "Fat-Tree" Topology2 which remains the widely used topology in HPC clusters due to its versatility, high bisection bandwidth and well understood routing.

Aion IB HDR switched fabric relies on Mellanox WH40 DLC Quantum Switches located at the back of each BullSequana XH2000 racks. Each DLC cooled (see splitted view on the right) HDR switch has the following characteristics:

The IB Subnet Managers in Aion are configured with the Up/Down InfiniBand Routing Algorithm Up-Down is a super-set of Fat-Tree with a tracker mode that allow each node to have dedicated route. This is well adapted to IO traffic patterns, and would be used within Aion for Gateway nodes, Lustre OSS, and GPFS/SpectrumScale NSD servers.